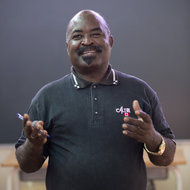 In an interview with the FormPRO-Newsletter "Vamos Trabalhar!", Mr. Alves talked about an international conference on Renewable Energies he participated in. more
Summary of the Economic Report of Angola 2011 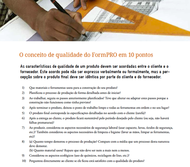 Client and producer (or supplier) of a product have to agree on the quality characteristics of a product. This agreement does not have to be expressed verbally or in writing, however both parties have to have the same perception of the process and the final product. more